Responding to a Terrorist Attack

San Bernadino massacre.  Paris terrorist attacks.  Workplace violence.  Mass shootings.  Suicide bombings.  All a harsh reality.  Chances are you or someone you know will be thrust into the role of being a spokesperson because of an unanticipated act of terror or crisis.  You must be ready to know how to respond. 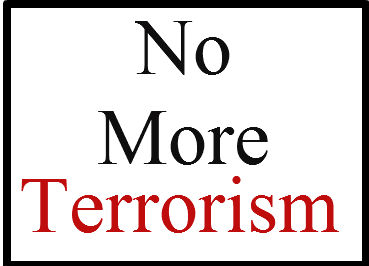 Spokesperson Training In Response To Terrorism

For years, we have called this type of training by many different and sometimes related names.  The most common terms used are crisis communication training, emergency preparedness training, spokesperson training, news media training.  In the past, these types of training were typically reserved for the upper echelon of government, industry and big business.

Truly, this type public speaking is never a favorite of my clients.  Yet, they embrace the importance of role they will be playing in the dissemination of information.  And, they take their crisis communication spokesperson training very seriously.

In today’s age of terrorism, people who never anticipated they would be thrown into the role of spokesperson are all too often suddenly finding themselves in front of the media.

If you have read this far into this article, you are wisely preparing yourself.  You must be armed with the right words and demeanor when serving as a spokesperson in response to a terrorist attack.

Top 10 Crisis Communication Tips in the Age of Terrorism

Who must be ready to be a spokesperson in the event of a terror attack?

Who is most likely to be flung into the so-called spotlight and need media appearance training in the age of terrorism?  Could it be you?  If you own a business, run a restaurant, hold events ranging from concerts to sports venues, are a part of a non-profit organization, work for the government, belong to law enforcement, are an executive, work as a manager, do everything you can to be ready to be a good spokesperson if you must respond to a crisis situation.  Reading the Top 10 Crisis Communication Tips in the Age of Terrorism is good place to get acquainted with this type of emergency response training.  Actually taking part in spokesperson training is the best way to prepare yourself.

Be vigilant.  Be safe.

Please send me an email if you’d like a free 15-minute consultation about how to best implement crisis communication training for you and/or other members of your team, business or organization.  Write to me at MoreInfo@LindaBlackman.com .

Get an overview other communication skills training which is offered through this website.  Take a look at other spokesperson training articles.