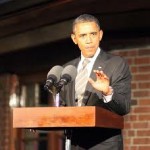 Coming across as confident in your conversation and body language will result in making others feel more comfortable with you.

Throughout the election, pay close attention to the gestures of each candidate. First, consider each of the following gestures on their own.  Then I’ll share with you the concept of “gesture clusters.” Consider … Rapid eye blinking generally means someone is uncomfortable and/or not telling the truth. Rubbing one’s nose while speaking, can indicate uncertainty. If the candidate is saying he has the ability to improve the economy and simultaneously his shoulders shrug – you can be almost guaranteed that he does not have confidence in what he is saying – which translates into those watching not feeling comfortable either. If a candidate looks at his watch, it may be interpreted that he can’t wait to leave the venue.  We give our own interpretations to a candidate’s gestures.

Considering the above, there’s always the possibility that the candidate may have gotten a piece of dust in his eye causing the rapid eye blinking; maybe the candidate genuinely has a nose with an itch and is rubbing his nose for that reason; maybe the candidate is shrugging his shoulders to release a muscle spasm in his back;  maybe the candidate’s watch is feeling too tight on his wrist so he glances down at the watch to wish the pain away.  All possibilities.  However, from a plausibility stand point, each of these gestures generally stand on their own as telling a truth through gesturing versus the words being spoken.

If each of the gestures mentioned are happening simultaneously, then we have gesture clusters.  If the candidate’s words are not in alignment with his body language, then within a given moment we could easily see rapid eye blinking; the rubbing of his nose; the shrugging of his shoulders; his eyes looking at his watch.

Body language is truly a powerful secret language when you study it.  During this election and in your daily life, become a student of body language … your success and powers of perception will abound.

Get Your Free Money-making Excerpt from the below Ebook! 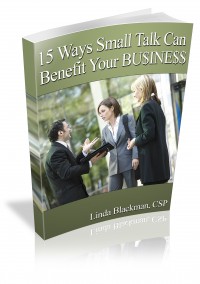 Over the last several years I have appeared before the public, small and large groups of up to 200+, to discuss and receive comments on controversial issues…I have also appeared on live radio and television interviews. Your training helped me to project honesty, sincerity and integrity, and was instrumental in my ability to perform these activities successfully. Al Farabee
Project Director
Linda is very approachable.  I sometimes laugh that behind those warm eyes is a computer assessing, compiling and ready to print out a concise report on what I want to know. Angela Pernatozzi
Video Producer

I have much more confidence with my speaking skills now and I feel I can now step before a live audience without swallowing my tongue. William A. Perry,
CFP, Certified Financial Planner Wealth Adviser
Senior Vice President
Morgan Stanley Wealth Management
Linda’s unique ways of teaching us how to present, listen, and connect with people, dramatically improved every aspect of our business and even helped everyone with their communication at home.  Linda is great speaker, trainer and coach – a fantastic motivator! If you want to have good customer relationships – you need Linda Blackman. Mark Strahler
Entrepreneur and Executive

Linda is an insightful, dynamic woman with a flair for leadership to guide others to success.  Her ability to tune into the strength of people as she elevates their success is truly amazing. Karla Bradis
Trainer
As a result of your insight into what makes a good presentation…I have tripled my income…closed the largest sale of my career…Thanks again for sharing your successful techniques! Martin A. Sporrer
Risk Management and Consulting

Linda always delivers what she promises and more. She is an outstanding speaker and coach!   A great motivator! With her hands-on approach and insights, she fine-tuned my skills and others to handle the media with ease and to present with finesse. Stuart Hoffman
Chief Economist
PNC Financial Services Group